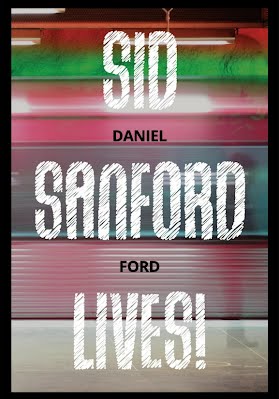 Sid Sanford always follows a path, just not his own. From backyard Wiffle ball games to New York City skyscrapers, Sid finds triumph and pain in equal measure during his uncertain, and at times violent, thrust into manhood. A colorful, loyal family, a plethora of eccentric friends, and a few star-crossed soulmates highlight his journey, but it’s ultimately up to Sid whether his destiny fulfills his potential or drowns in the bottom of a bottle.

This novel really managed to pack a very gritty and raw punch. He has written the perfect novel to get lost for a while and it is a little bit darker at times, with so many characters and different emotions laced throughout.

I loved the theme of this novel. I liked that he didn't shy away from real topics and he gave us a character who was flawed, yet redeemable. 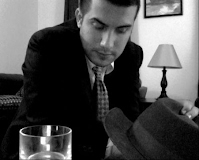 Daniel Ford is an author, journalist, and the co-founder/co-host of Writer’s Bone, a literary website and podcast that champions aspiring authors and screenwriters. Sid Sanford Lives! is his debut novel. Ford lives with his fiancée Stephanie in Boston, Mass. He can often be found coaxing words out of a half-empty bourbon glass.

Posted by EverLeigh at 9:29 AM