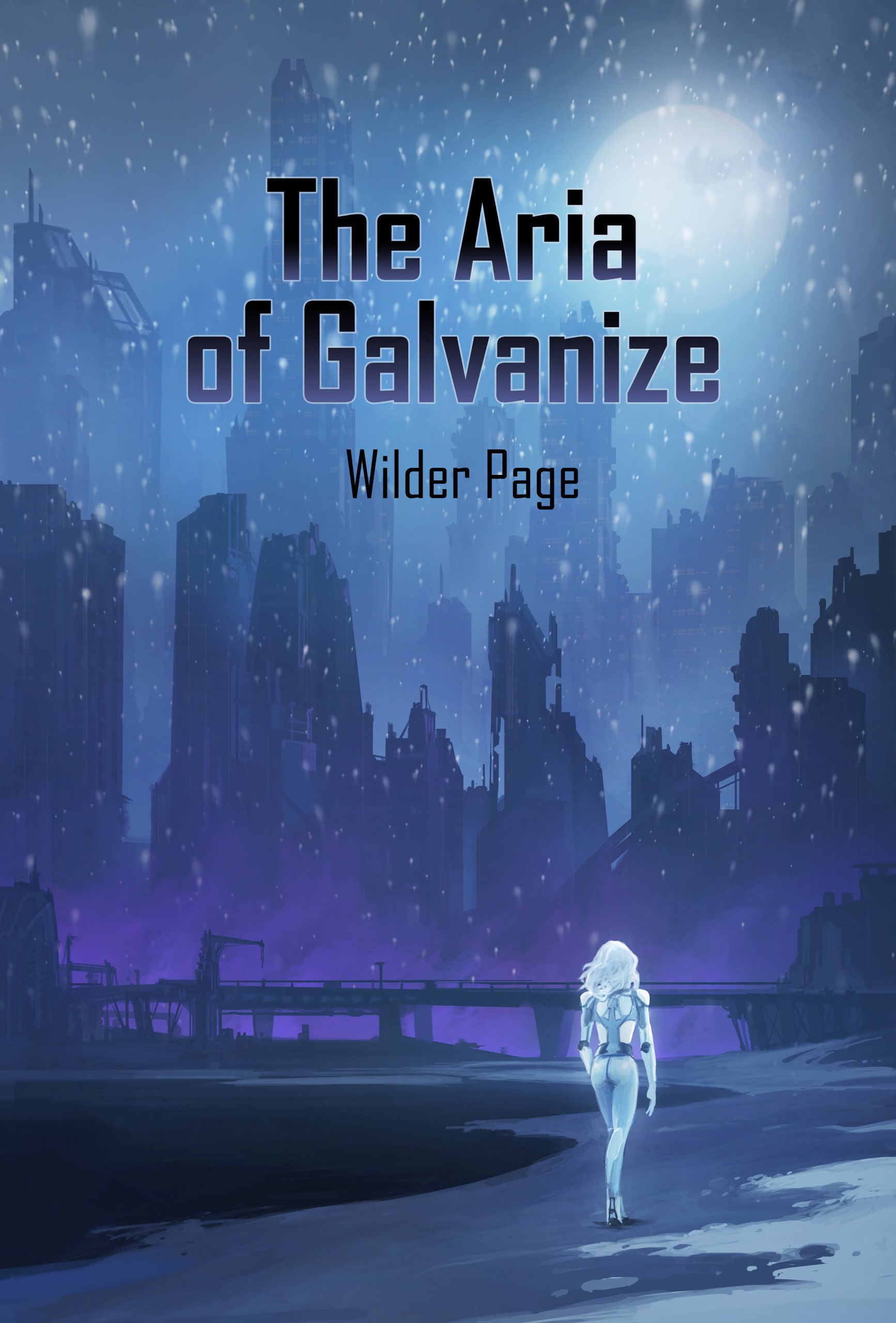 Incarnate Number Seven, a cybernetically enhanced young woman with no memories and only a basic operating system, awakens to a devastated world painted in blood, desperation, and genocide. Guided only by a moody artificial intelligence program and scattered digital memories into the past, Seven must traverse the perilous Gateway region, fighting past its savage inhabitants and monsters to learn who she was and what happened to her world. Maybe, if she’s lucky, she’ll even save what’s left of humanity in the process… 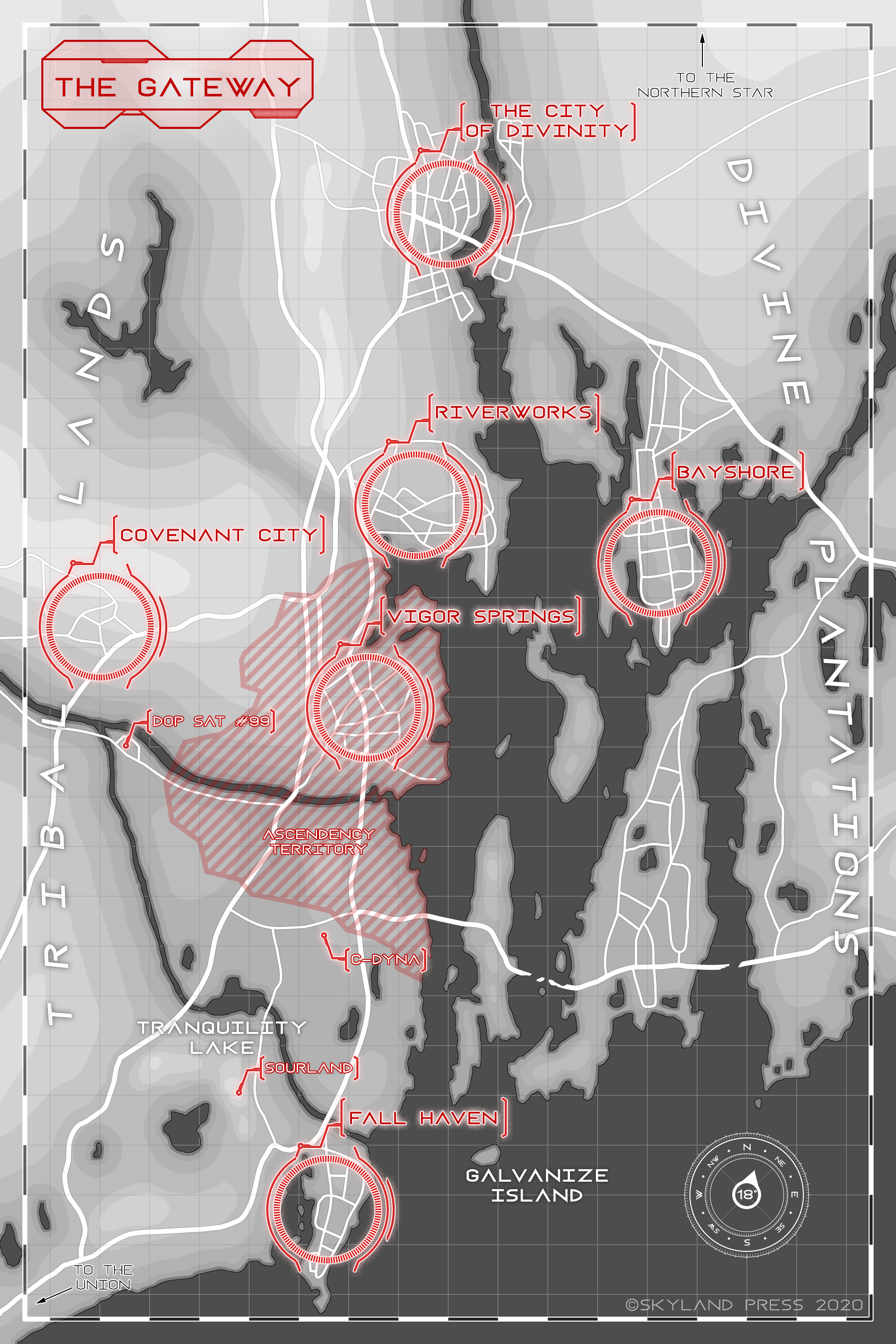 The Aria of Galvanize is my debut novel, although I am nearing completion on the next sequel in the series. I find the hardest part of writing the series to be trying to ensuring that the big picture of the novels is going the direction I want while keeping the small moment-to-moment action and details immersive and engaging! If I focus too much on the big picture narrative it’s easy for a specific subplot to drag on or lose focus, but if I focus too much on a specific subplot it’s easy to lose the integration of the entire story! I’ve gotten better at this since I first started writing, and I work very hard to ensure that every word is necessary to the story and that in the end all of these subplots and challenges will all come together!

What songs are most played on your Ipod?
The songs I listen to most while writing tend to be a mix of pop and EDM (electronic dance music). I feel like the fast beats and rhythm of this music really helps me keep a fast pace and plenty of action in the stories I write. Some of my favorite songs have been “Colours” by Emma Hewitt, “My Good Place” by Aurosonic, “My Enemy” by Super8 & Tab, and “U” by Garath Emery & Bo Bruce.

Do you have critique partners or beta readers?
The bulk of the feedback I received on my work has been from my sister and my wife, who were both generous with their time to read through my crazy ideas! They’re both excellent at spotting grammatical problems and shoddy text. I’m especially grateful to my wife, who I run many of my ideas past to make sure they are logical, believable, and scientifically possible. Unfortunately I didn’t have any beta readers for The Aria of Galvanize, but I hope to have some for the upcoming sequel “The Aria of Galvanize: Destiny.”

What book are you reading now?
I’m currently in the process of reading “Blood Red Road” by Moira Young, another post-apocalyptic novel published a few years ago that follows a young woman trying to survive in a future desert wasteland. It’s a lot of fun so far with good concepts and an interesting writing style that hints at the diminution of the English language after societal collapse, very imaginative!

How did you start your writing career?
The Aria of Galvanize is my debut novel, so I suppose this is the start to my writing career! But I’ve been writing since middle school when my friends and I used to write and share stories at school. I’ve also written and published in a lot of non-fiction outlets, but I’ve always wanted to create an exciting and epic fiction story. Hopefully readers will feel that way when they read Aria too!


The next book that I’m in the final stages of working on is the sequel to The Aria of Galvanize, titled “The Aria of Galvanize: Destiny.” The sequel will continue to follow Seven and her friends as they fight to survive in a series of post-apocalyptic war games, sort of gladiator style. I am in the editing stage of the novel and expect to make it available in early 2021 to advance readers. I am also working on a spin off prequel novel following one of the characters from the book, Sorena, in her youth experiences as a Hired Gun mercenary trying to survive in the brutal Gateway. I hope to have this briefer novel, Berserk: Before Galvanize, available by the end of the year. Readers can keep up to date with progress and upcoming releases on my website, www.wilderpage.com! 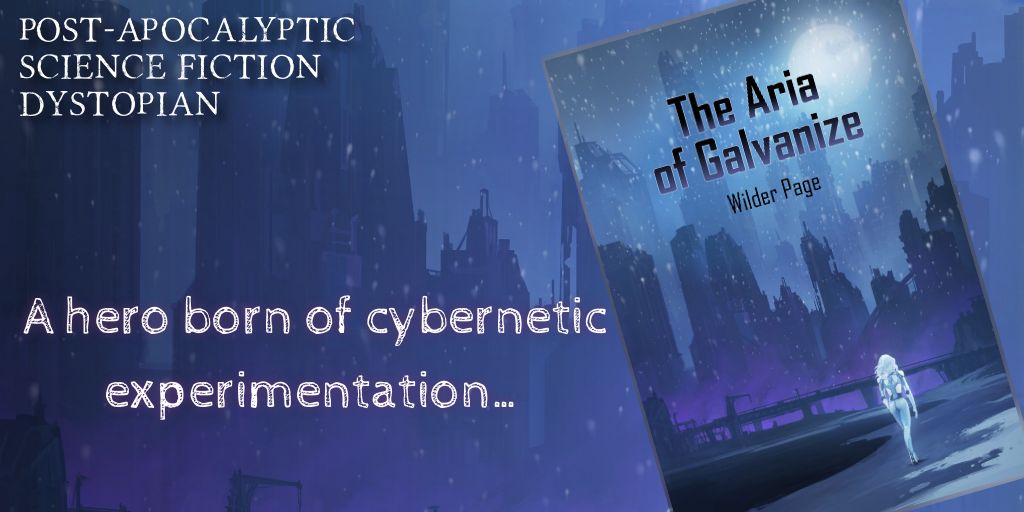 About the Author
Wilder Page loves science fiction, cyberpunk, dystopian, and post-apocalyptic worlds. Especially those with stories where the personal stakes are high, and the costs of failure are very real. But he also believes in the triumph of the human spirit, and whether the future will be grim or bright, well… that’s a choice each of us has to make for ourselves. When Wilder’s not writing or daydreaming he spends the rest of his time running, traveling with his wife and best friend, or playing video games with his two amazing little kiddos!