Lanie Owens has just survived a horrific attack by a stalker. Her grandfather, a retired army colonel, drives her to a resort in Maine where she can heal in peace while the authorities track down the man who almost killed her. To Lanie’s dismay, he hires a bodyguard to protect her. Lanie’s nightmares are debilitating, but giving up control of her life is unacceptable.

Former Army Ranger Matt Saunders knows all about nightmares. He’s spent the last year recovering from an injury he sustained during his last tour and the hellish events that caused it. Anxious to prove that he is fit to go back overseas, he accepts the bodyguard job. The resort is everything they imagined - tranquil, safe, and a place to heal. Gradually, they open up to each other and realize they have a lot in common – except their future plans. When a resort video goes viral, Lanie's stalker knows just where to find her.


What is the hardest part of writing your books?
For Love on the Edge, the scenes and dialogue came to me out of order. It was tricky plotting the characters’ development thorough the bits and pieces of ideas that popped into my head. Another difficulty I had was retraining myself not to use adverbs and dialogue tags.  I’ve taught elementary students since 1999, and I had to unlearn everything I learned about teaching writing to write this book!

What songs are most played on your Ipod?
I don’t have an Ipod, but if I did, it’d be an eclectic mix of boyband pop, current country music, inspirational, oldies, show tunes, Jimmy Buffett, Elton John, and Billy Joel. I created a soundtrack for the book; you can find it at http://spoti.fi/LoveontheEdgeSoundtrack

Do you have critique partners or beta readers?
I do! I’ve been blessed with friends who love to read and pick apart books.

What book are you reading now?
Last Christmas in Paris by Hazel Gaynor and Heather Webb.

How did you start your writing career?
I attended Hannah Keeley’s Mom Mastery Live conference in October 2015, and was reminded of this dream I had had since I was a little girl. I learned to carve out the time needed, attended workshops, and met authors I admired. Last summer, I decided to self-publish and was able to assemble and incredible team from the contacts I made while I was learning to write for the genre.


Love on the Rocks, the second book in the Crane’s Cove series, will follow my debut novel, Love on the Edge sometime next summer. An excerpt from Chapter 1 is included at the end of Love on the Edge, and tells the story of Kat Daniels, back in town suddenly and looking to make up with former fiancé, Easton Crane, who is determined not to let her break his heart again. 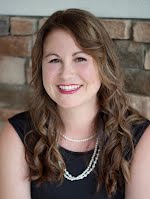 Kerry Evelyn has always been fascinated by people and the backstories that drive them to do what they do. She graduated from Bridgewater State University with a Bachelor of Science in Education and Sociology. A native of the Massachusetts South Coast, she taught in an inner city elementary school before moving to Florida to teach in a rural setting, and then in her own neighborhood. Fast forward a few years, and she's now a crazy blessed wife and homeschooling mom to the two sweetest kids you'll ever meet (she's also super biased). When she's not homeschooling or writing, she's mentoring moms through Mom Mastery University, sharing essential oils, and planning super fun events for her kids and their friends (although her own kids have yet to be impressed, being that every event has some sort of learning snuck in to it). She loves God, books of all kinds, traveling, taking selfies, and escaping into her imagination, where every child is happy and healthy, every house has a library, and her hubby wears coattails and a top hat 24/7.