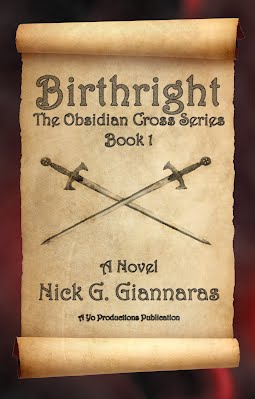 As an infant, Niklas’s family escaped death when the entire royal bloodline of Livonia was murdered. As an adult, Niklas joined the Teutonic Knights in their bloody crusades across Europe to spread God’s Word. After years of service, he discovers that the army he faithfully served has ill-intentioned motives.
When Niklas and his friend defect from the knighthood, they are relentlessly pursued across the Baltic States by the wickedly led Teutonic Order. His only hope to enjoy a peaceful life is to unify the oppressed populace against their tyrannical rulers. But, political upheavals and looming enemies threaten any chance of peace. When it’s discovered that an heir to the Livonian throne is still alive, Niklas vows to help him regain his rightful place as leader. At best, Niklas’s oath can help bring freedom to people in a lost country. At worst, it can cost him his life.

-Writing uninterrupted. With three kids it tends to be chaotic at times, and even worse when our house becomes the mecca center for their friends. Oh, what fun (insert sarcasm). Then again, it is nice to know they like hanging at our home.

-When at home, I play music mixes through my computer as ambiance while I write. It is a very nice set up for producing music, so the sound quality is great. The songs played are dependent on what I am writing about. For example, epic, cinematic, LOTR, medieval type stuff for historical-fiction/fantasy, civil war era music for civil war books.

-I have used a few people in the past, folks I’ve graduated with, but not in the last several books.

-Daughter of Prophecy by Miles Owens

-It began with writing and drawing my first book in elementary school, perhaps ten pages. In middle school I worked on my ‘biggest’ project at that time and got up to fifty-seven pages. My writing truly commenced in 2003 when my secretary walked into my office with a serious look on her face, stopped in front of my desk, and looked right at me. I thought I did something wrong. She said, “God told me to tell you there are untapped talents within you. Use them.” Literally, a fire stirred in my belly. Three days later I started writing and I haven’t stopped since.

-My next release is titled Rebellion, book 2 in the Obsidian Cross Series due out in November 2017, and I just finished writing book 3 of the trilogy, Justice. 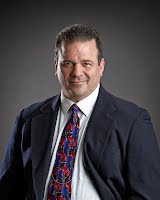 Nick G. Giannaras has been practicing Chiropractic for 20 years. He resides in North Carolina where he is active in his church, Deliverance Christian Center. He enjoys his great family amid numerous hobbies such as: tabletop wargames, creating music, painting, hunting, and fishing. He was also a Civil War reenactor for 15 years. He never considered writing as a ministry until the endeavor commenced in 2005. Nick views his books as ‘Entertainment with a message’ and prays they will reach the world with a positive impact for those who jump into his words.

a Rafflecopter giveaway
Posted by EverLeigh at 7:26 AM