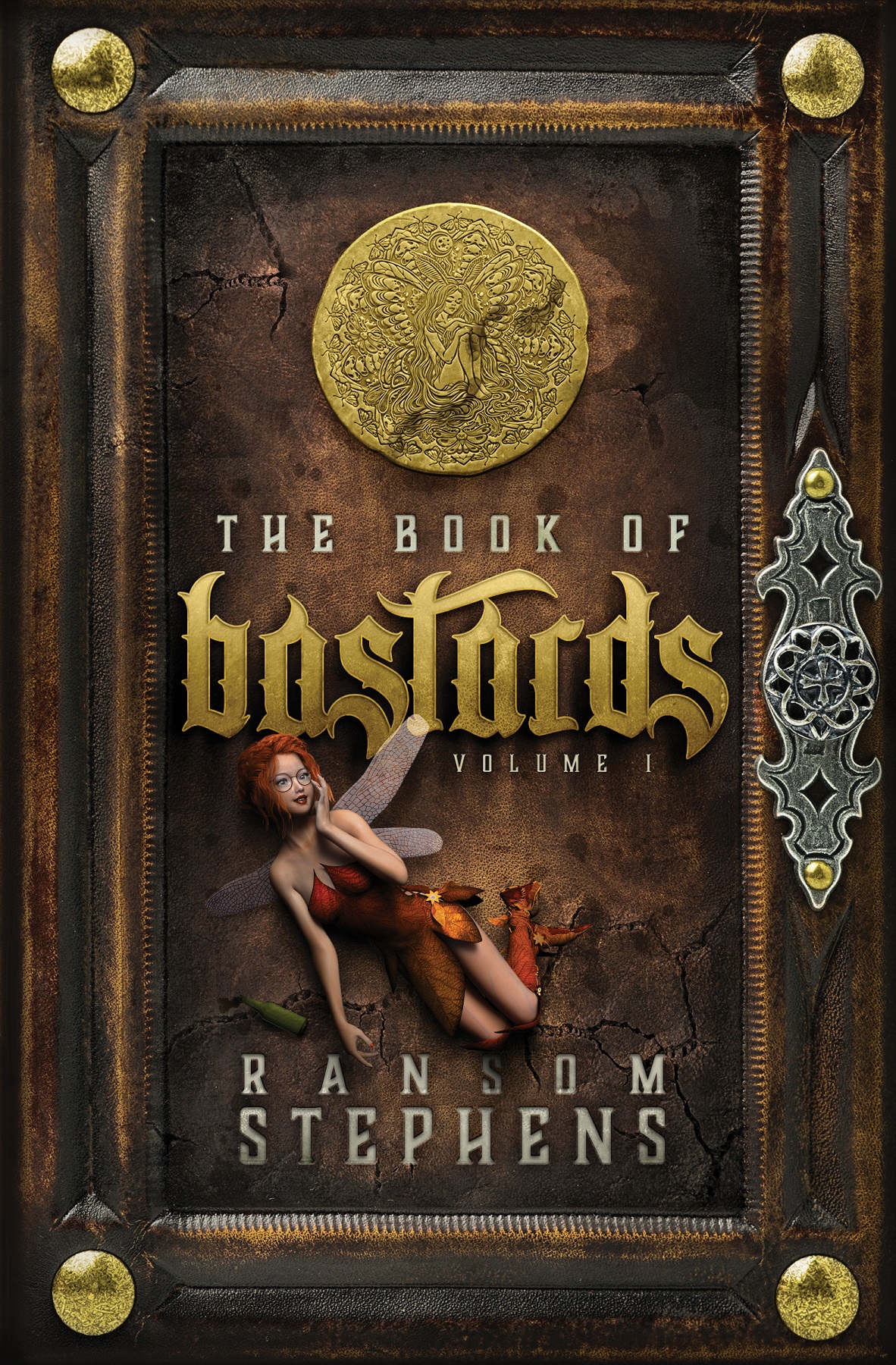 Welcome to The Gold Piece Inn, where you can drink, gamble, and play!

Cursed on the day the king is assassinated, Dewey Nawton is compelled to protect the widowed queen, but protection means different things to different people (and different curses).

Kings have dictated every role Queen Dafina has ever played. Now, a halfling innkeeper assigns her the role of serving lass. But is The Gold Piece Inn just another tavern? Could it be an orphanage? … surely, it’s not a brothel.

Oh yes, she’s fallen from grace, but will that stop her from leading a handful of pirates and a dozen bastards to avenge her king and rescue Glandaeff’s faeries, elfs, and mermaids (and merbutlers!) from a brutal tyrant?

Is there even a sip of moral justice in all this bawdiness?

The Book of Bastards combines a riveting, intense plot of righteous vengeance with tongue-in-cheek banter that will keep you turning the page with eager anticipation. With settings that make you wish they were real, characters you can't help but cheer for, and twists that keep you guessing, Ransom Stephens has crafted an engaging tale that makes every minute of reading, time well spent. I don't often reread a book, but I think I'll make an exception. Loads of fun. Highly recommended. – Brian D Anderson, million-selling author of The Bard and the Blade

“A delightful, detailed tale about morality, being honest with yourself, and self-reflection, even when you don’t like what the glass has to show. A perfect treat for lovers of rich fantasy worldbuilding, gory battles, and the kind of thoughtful, character-driven stories that make your brain whirl, your imagination dance, and your heart surge.” -J.M. Frey, bestselling author of The Accidental Turn Series

The Book of Bastards was easy, but I had help, a covey of Tale Faeries took over my brain and cranked it out.

But for most books, the conflict of time and money is the hardest part. I write first thing every day and make it my highest priority, but more urgent things intrude, things like maintenance of shelter, food, and drink. The writing itself—plots, characters, settings—presents wonderful challenges that occupy my mind and daydreams constantly. Getting a novel just how I want it is difficult but not hard on me.

One of the many things that I learned while researching and writing my neuroscience book, The Left Brain Speaks the Right Brain Laughs, is that our brains are more creative when exposed to diverse experiences. Music is just such an experience.

I go out of my way to submit myself to—err, to expose myself to—a huge variety of music, from classical to reggae to heavy metal, Americana, alternative, folk, French, Irish, Indian, Mexican, blues, oldies, and on and on. Now, I don’t mean to promote Slacker Radio, or LiveXLive, but they have hundreds of stations that I rotate through and let it play until they either start repeating or I’m forced to admit that I don’t like it. I spend less time with the country and jazz stations than the others, but I everything gets a spot in the rotation! Reggae is wonderful work music, but after a few hours, I find myself writing scenes set in Babylon with this fellow, Jah, who is intent on going to Zion, mon.

When I started out, I attended the San Francisco Writers Workshop every Tuesday for six years and learned a ton. That’s where it all happened for me: a warm, friendly, honest, diverse, constantly changing group of writers respecting a tradition with rules for delivering and accepting criticism that have been maintained since 1947.

Since then, I’ve moved to a smaller group of beta-testers: some writers, some readers who read my manuscripts and offer amazing insights, catch inconsistencies, and mark the muddy middle. Nothing happens without them, and they’re usually a different group for each book. I find them at conferences and bars and literary events and always return the favor if they’ll let me.

I read three or four books at a time, something broadly philosophical, something science-naturey, and one or two vastly different novels: SFF, mystery, lit-fic, whatever. Right now, I’m reading: Assassin’s Fate, the last book in Robin Hobb’s Fitz and the Fool trilogy; Tamim Ansary’s The Invention of Yesterday, my friend and mentor’s brilliant take on world history; Rick Hanson’s Neuro Dharma, kind of a meditation manual written from the perspective of neuroscience; and Nick Hornby’s latest, Just Like You. Four books that are completely different. I find great joy in rotating through them chapter-by-chapter.

From about the time I learned to read, I’ve thought of myself as a writer and it has always been key to my career successes—the best way to understand anything, particle physics research, technology development, even PTA meetings, is to write it up, and once you have, you might as well hand it out—so I always planned to write books, eventually.

Always right around the corner, the next thing, and always a long time from now.

Then, on an icy autumn day in Irving Texas, my daughter was taking a bunch of academic tests and I had nowhere to wait for her but a bookstore. A big mall bookstore, and I was stuck there for six hours. It built within me. Looking at the fiction shelves—I’d be a little to the right of Steinbeck—then the Science Fiction and Fantasy shelves—a bit to the left of Neal Stephenson. Then the interior arguments came up. Bills? Debts? Maybe a wife? The arguments always but always land at death’s door: this is it, “eventually” won’t come if you don’t force it.

That day in the bookstore, I made a plan: Defined the amount of savings I’d need to survive on an undemanding part time job, my F-You money, if you will, and the career moves I’d need to make to get it. I’m not much of a consumer, prefer small, cheap cars, live in a reasonable house, and don’t like fancy stuff. I switched careers. Being a research professor would never leave time for writing fiction, at least not the time to do both well, and never pay enough to save that F-You cash. I got a job in high tech that delivered a 50% raise over night and had a much lighter workload.

A few years later, when I was about halfway to my F-You money, my daughter and I had a meeting with the financial aid office at UC Santa Barbara, one of the colleges that had accepted her. I walked out of that meeting convinced that “eventually” would never come. The money I’d saved counted against her qualifying for financial aid, of course. Duh. She couldn’t even get decent college loans. However obvious and reasonable in the grand scheme, it still felt like the world didn’t want me to write novels. (This just in, the world doesn’t want you to write novels, but if it’s something you need to do, you gotta do it.)

The next morning, we were in Santa Cruz to visit another college. I woke early, bummed, and walked down to the beach. I watched a bunch of sea lions play in the surf and, in that mood, I kept thinking, “How can they relax like that? They’re dancing in a big chafing dish at a buffet for great white sharks!”

And then it hit me: If those seals can enjoy life, knowing the risks, and they do, then it would be pathetic for me to let paying for my kid’s education hold me back. One way or another, I’d make eventually come.

Another thing I learned from writing a book on neuroscience is that our brains are pattern-recognizing-predictors. Having the intention, being on the lookout for the opportunity made it possible to see the door open when it did.

A year later, The gods dared me.

The company I worked for asked three volunteers to resign in exchange for a “package” so that they could reduce their workforce. I had to do it. With that F-You money claimed and pocketed by the University of California—and don’t get me wrong, writing checks to a university is a tremendous pleasure and privilege for a parent—here it was.

That was in August 2005, since then I’ve managed to make enough in fiction and freelance tech to pay my bills (almost) every month. Five novels and the brain book later, I’m still going, still working the balance of time-to-write and money-to-get-by.

Maybe someday one of my books will find its way into the positive feedback loop that makes books Big, maybe not. My readers love them, and I love writing them. If you’re in it for more than that, well, good luck! 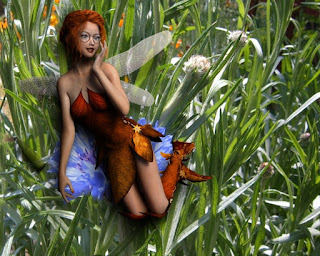 Caption: Featured in The Book of Bastards, The Gold Piece Inn’s Truth Faery is always there and always listening. And drinking.

Bastard Knights, the second book of the trilogy (the title might change because Amazon and a few others won’t let us advertise it due of its “profane” title (don’t get me started)) is about . . . hmm, I’m struggling to come up with a description that doesn’t spoil Volume 1 so let me leave you with the last paragraph of The Book of Bastards:

“Short-lived, hopeful tales of worthy knights, wizards, and druids emerged from every festival and fair. Crazy rumors of renegade princes and princesses popped up now and then, usually following the narrative of one old myth or another. A favorite involved peasants kissing toads and being transformed into royalty, but most of the gossip followed the usual theme: orphans and bastards, in out-of-the way villages unaware of their lineage, being manipulated by unsavory halflings.” 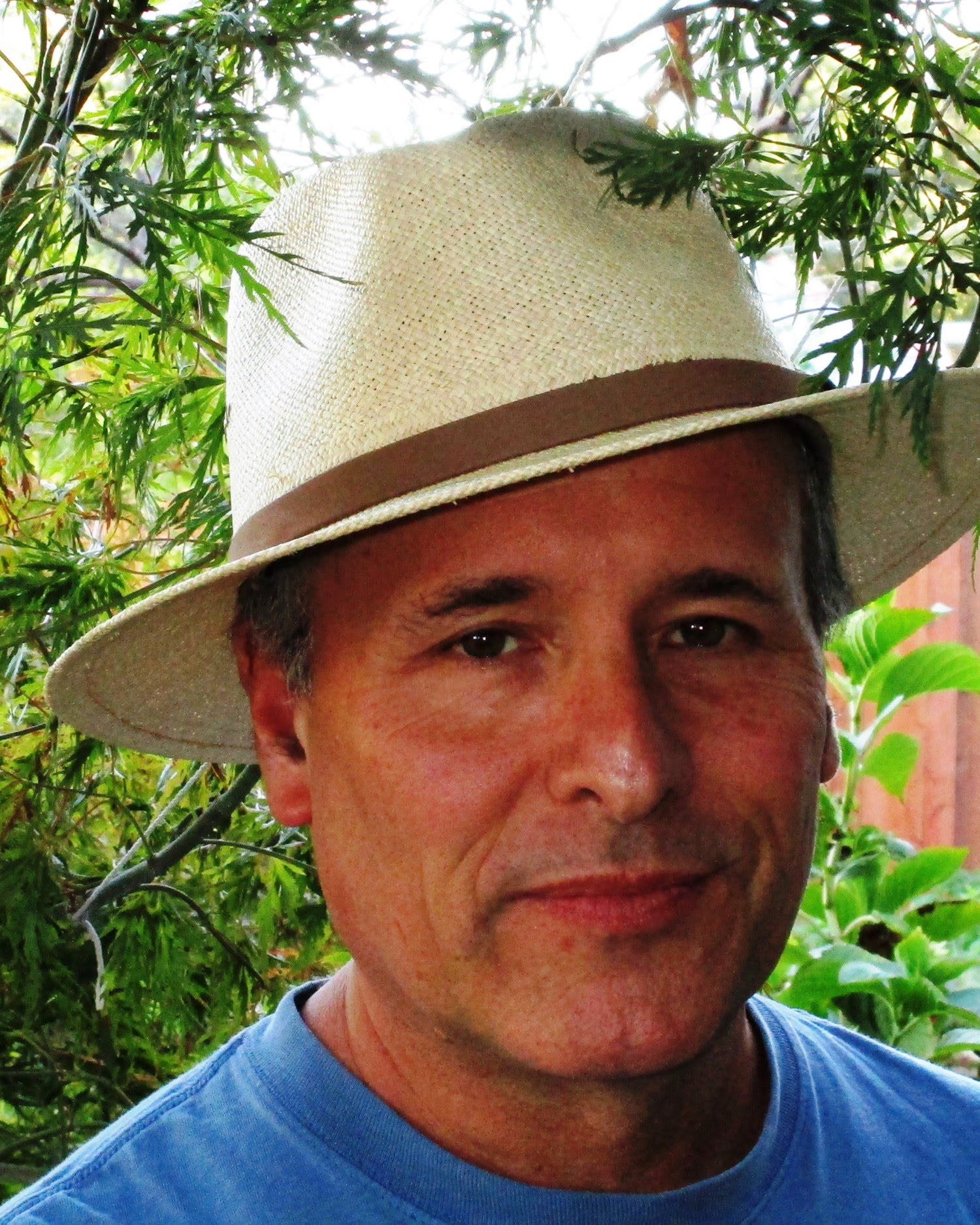 Ransom Stephens has searched for the Holy Grail in Cornwall and Wales but settled for a cracked coffee mug. He’s won several awards, but they’ve all been named after people he’d never heard of which made for awkward acceptance speeches. The author of four previous novels on simple, non-controversial topics like science vs religion in The God Patent, technology vs environmentalism in The Sensory Deception, oligarchy vs anarchy in The 99% Solution, and love vs money in Too Rich to Die, in his latest, The Book of Bastards, he offers readers what they really want, a story of bawdiness washed down with a sip of moral justice.

I’m a fairly accomplished scientist and technologist, all the details at https://contact.ransomstephens.com

Posted by EverLeigh at 9:59 AM