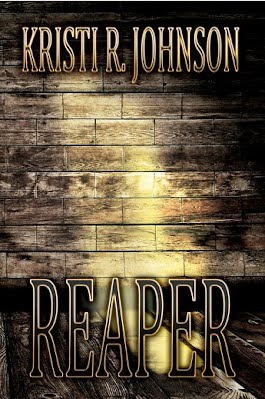 Ana "Reaper" Keating has moved onto the Hugo Liberal Arts College campus, forty minutes away from her hometown. Dorm life will be incredibly different from her life in the cave at the quarry. Not only will there be reliable air conditioning and a roommate, but Reaper also believes she will no longer be threatened by the powerful and wealthy Goldwater family that adopted her mother, Sue, when she was a child. Neither Reaper nor her father, Jim, like to talk about Sue's death. And Mr. Paul, the Goldwater patriarch, still blames Jim for what happened 16 years ago.
When Reaper learns that Mr. Paul's son, Ian, has also enrolled at HuLAC, she realizes that her days of dealing with the entitled and vengeful family are nowhere near over. It is Jim's worst nightmare, but it also what he has been preparing Reaper for all of her life.

I loved the way this novel was written. I was a huge fan of Kristi R. Johnson's writing style and character development.

There was a great amount of creative thought that went into putting this novel together and you can tell. The plot and pacing were wonderfully done as well. I liked how things unfolded and there were several times I was trying to figure things out and was surprised.


Kristi R. Johnson is the creator and primary contributor to the book blog Door Stop Novels. Kristi currently works at the University of Texas at San Antonio as a Senior Admin, and part-time at Our Lady of the Lake University as a Writing Consultant. Kristi writes and reads whenever she can, and plans to keep reading, writing, and traveling as priorities in her life, always returning to her home in downtown San Antonio, which is little more than a treehouse with air-conditioning.

Reaper is her first full-length novel, the first 50,000 words of which she cranked out during National Novel Writing Month 2013.

Posted by EverLeigh at 8:03 AM