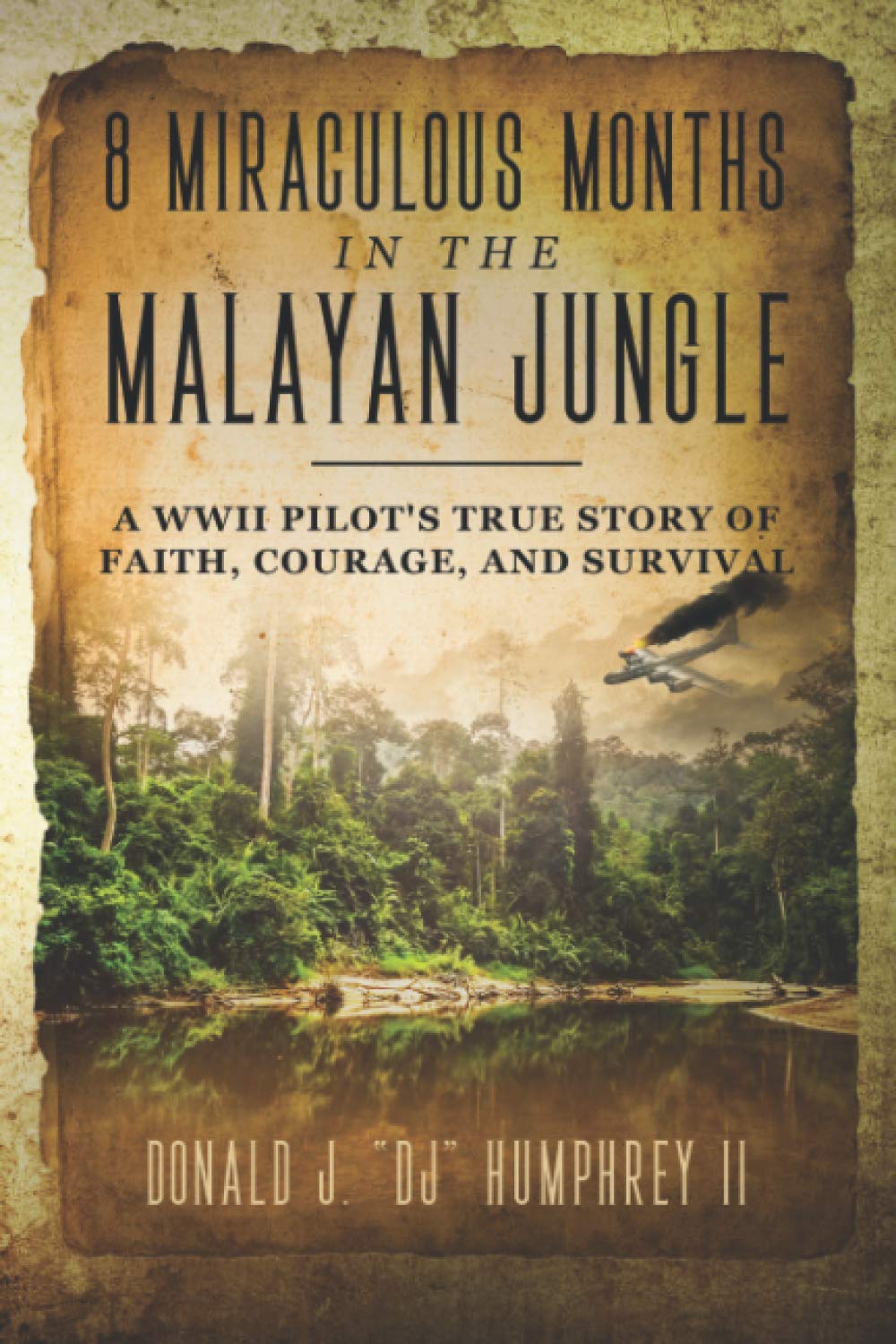 A WWII Pilot's True Story of Faith, Courage, and Survival

On January 11, 1945, Major Donald J. Humphrey had his B-29 Superfortress directed at Singapore Island. After navigating the 1900-mile trip from India through dangerous weather, they had just successfully bombed their target. And that’s when Japanese Zeroes shot off the wing and sent the mighty aircraft death-spiraling into the Malayan jungle.

Jumping to safety, Humphrey and a few of his remaining crewmates found themselves lost in the middle of Japanese-occupied territory. Enduring vicious crocodiles, deadly snakes, and crippling malaria, the Americans battled just to stay alive. And though they made contact with Malayan resistance fighters, they could never be sure their benefactors weren’t pulling them even deeper into danger…

In this harrowing true account, Major Humphrey’s son shares the extraordinary story of his father’s grueling ordeal. Told in the first person, this highly personal narrative puts you inside the mind of a man fighting for his country while struggling to survive.

8 Miraculous Months in the Malayan Jungle is a gripping memoir about overcoming unexpected peril. If you like World War II heroes, incredible stories of courage, and inspirational reads, then you will love Donald “DJ” Humphrey II’s captivating biography of his father.

Order your copy of 8 Miraculous Months in the Malayan Jungle and join his fight for freedom today! 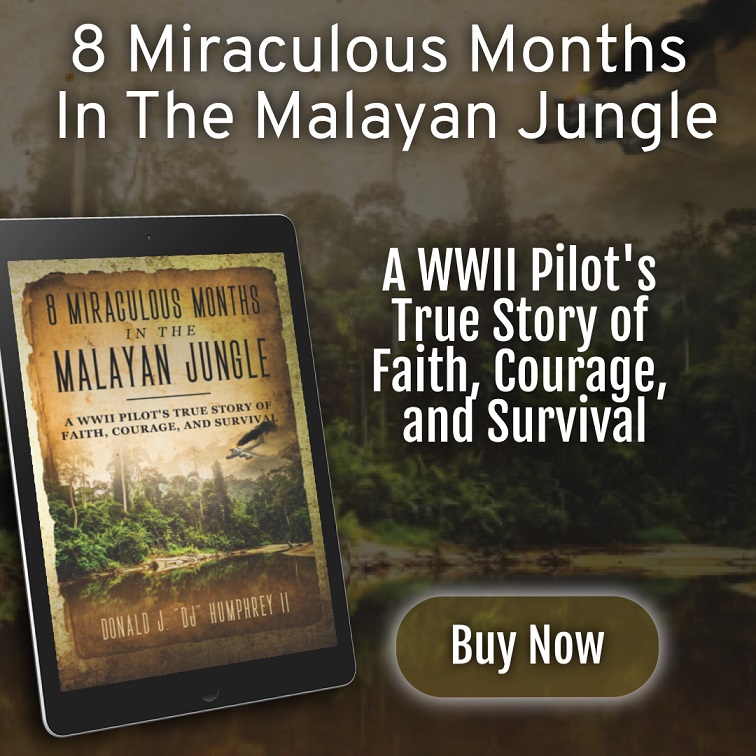 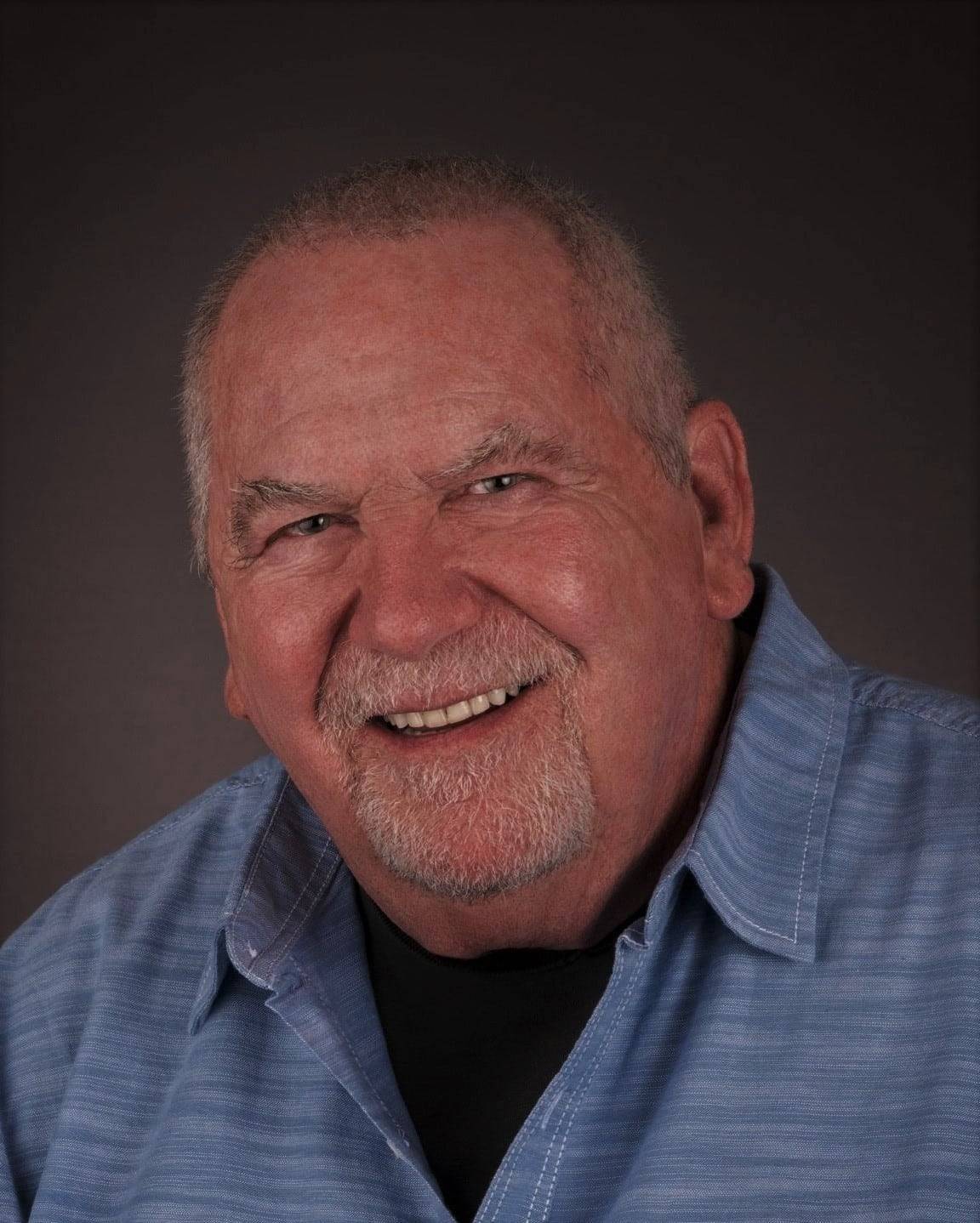 Donald J. “DJ” Humphrey II is the son of Lt. Col. Donald J. Humphrey, a United States Army Air Force B-29 bomber pilot in World War II. DJ enjoyed writing in college, which likely helped him graduate as valedictorian of his class with a bachelor’s degree in biblical studies. His education and experiences prepared him for this unique opportunity to write his father’s fascinating true story of survival, faith, and salvation.

Now retired after a 30-year career as a real estate broker, DJ had the time to write his father’s book. He hopes his father is looking down from heaven with a proud and pleased smile, knowing that his son finally wrote the book he had always wanted to be written and published.