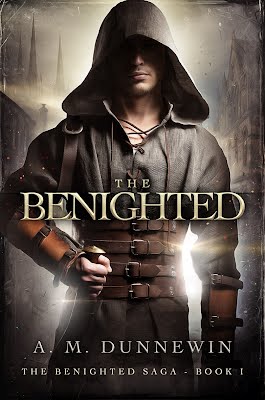 The King was dead.

His body was found slain in his room, only months after his son had been brutally murdered. Skylar Mandolyn, his daughter, has now become the last heir to inherit the throne. But instead of becoming Queen, she has been imprisoned for helping in the escape of Sir Harlin Brien, her knight who was framed for the King’s murder.

Confined to darkness, Skylar's captors have given her no choice but to yield to a new kind of enemy: a kingdom that has advanced in both technology and warfare. It's when she refuses that the prison uses its other means of persuasion, and although unmerciful, the whip lashings and isolation can't suppress the memories of her family's downfall. Pulled between her subconscious and reality, Skylar already knows who the true enemy is, because even the darkness can't hide the deceptive hands that have destroyed them all.

With two kingdoms on the brink of war, Skylar's only hope is in the person who has gone missing—Harlin, the knight who was sworn to protect her. The memory of him surrounds her when the darkness screams louder than the prisoners, and when Death smiles a faceless grin in between the cracks of the stone. While the tremors start to rise from the deep, crawling up through the prison's walls, Skylar doesn't realize that she will soon see why he's one of the Benighted.

The mystery was never how Harlin escaped. It's how he'll return.

This novel has a kick ass heroine and I think that it really sets itself apart from other Dark Fantasy Novels. She is Witty and fun to read about. I think she made the story for me.

I loved the mix of mystery and suspense in this novel as well. We are taken along the ride with Skylar as she tries to prove what actually happened and I loved the twists that came along the way.

A. M. Dunnewin inherited her love for mysteries and thrillers from her family, which motivated her to pursue a B.A. in Psychology with a minor in Criminal Justice. Although her stories cover a wide range of genres, she primarily writes historical fiction and thrillers. An avid reader at heart, she's also a passionate collector of both antique books and graphic novels, and has been known to search for stories in the most random places. She lives in Sacramento, California.