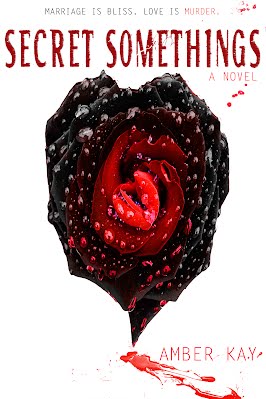 Marriage is bliss for newlywed Jude Clayton. Lord knows she could use it. After years of battling a destructive mental disorder, she’s hungry forsome sense of normalcy. Little does she know, she will find the complete opposite with her new husband Bryce. On the surface, Bryce Clayton is every woman’s dream—make no mistake about it. Handsome, intelligent, wealthy and accomplished, Bryce only has one problem. An obsession.
Poor fragile Jude knows nothing about her husband’s “extracurricular activities.” What she’ll discover about herself in the process is much scarier than anything either of them can imagine. Jude, with her grotesque sense of humor and her many mental abnormalities, has developed an obsession of her own.
As their unconventional “romance” blossoms into a toxic relationship, truth and lies clash. And some begin to wonder: Is Jude a helpless victim to her husband’s deceitful ways or is she a dutiful accomplice?

This is a Romantic Suspense that definitely delves into many emotions and has some dark moments. The pacing was spot on and characters were developed early on and easy to get behind as the reader. I was definitely surprised in many spots and was kept on the edge of my seat. The ending was very well done. It didn't seem like a quick tie up and was very well thought out. Be prepared to deal with some darker moments, it definitely had those. 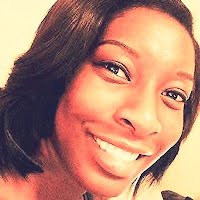 Amber has been writing for as long as she can remember. Yes, she knows how awful her fifth grade plays were, but she didn't care as long as she had to the power to explore her imagination in the darkest ways possible. She grew up in the south where she ate a lot of BBQ and spent too much time reading.
Some would argue that she was an odd child (and an even odder adult) With her morbid sense of humor, Amber has aimed to be as true to her writing as she can by exploring the darker sides of humankind. She loves psychological thrillers and offbeat plots. Her characters might be unlikeable. Her plots might take disturbing twists and turns, but she tries (as always) to explore the most tragic parts of life with as much humor as possible.
Her favorite authors are Gillian Flynn, Liane Moriarty, Tana French and Laura Lippman.
Her favorite movies are dark, suspenseful and (sometimes) romantic. Though she hates most romantic comedies, she absolutely loves (500) Days Of Summer, The Spectacular Now and The Fault In Our Stars.

a Rafflecopter giveaway
Posted by EverLeigh at 2:00 PM