Blog Tour: The One You Feed by James Drummond #review #giveaway 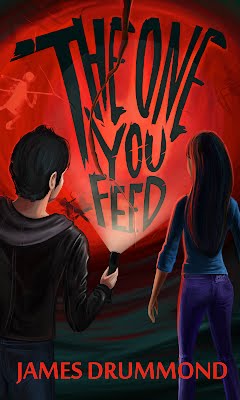 Like most kids who grew up in the small Oregon town of Silver Falls, Toby Hoffman had heard all the scary stories about the monsters living in the neighboring woods of the Umatilla Indian Reservation. Now a teenager, he knows the stories are made up to keep the town’s children from wandering where they aren’t wanted.

Then his best friend, Nate, wakes up covered in blood in the reservation woods, with no recollection of whose blood it is or where it came from. When even more brutal attacks follow, Toby can’t help but wonder if one of the fables he was told as a child might be true. With the help of Rachel, a determined Native American girl who has moved off the reservation and into the house next door, he begins searching for an explanation for the recent carnage. He also develops feelings for his new neighbor, which are put to the test when he and Rachel discover that her uncle may be responsible for the emergence of a legendary monster that does in fact exist.

To make matters worse, there’s evidence that Nate was turned by the beast, and that he has every intention of holding onto his extraordinary new creature capabilities no matter the cost. In order to save Silver Falls from a true scary story, Toby will have to face off against forces he doesn’t fully understand – and his closest friend.

James Drummond definitely does a great job of setting the theme for this novel. It has an eerie feel to it from the very beginning. The other thing that really kept the novel going was the pacing, there weren't any parts that felt like they drug.

Characterization is key in any novel and I felt like Toby was a great main character with real problems that the reader can relate to. He was easy to get behind and root for through the novel. He has a lot to overcome from his past and it was nice to have that as an underlying theme of the novel.

There is a bit of blood and gore and some jumpy moments, but it isn't too terribly scary as to give you nightmares. Overall a great YA Horror. 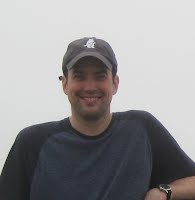 James is the author of The One You Feed, Something Wiccan, and The Agreement - the first three books of the Out of the Dark series. He lives in Chicago, Illinois with his wife Angela and two cats named Tim and Ruby. During the day James is a Senior Instructional Designer for an e-learning development company. A Graphics Designer at the company, Wojtek Batko, designs the covers for James' books.

a Rafflecopter giveaway
Posted by EverLeigh at 1:00 AM