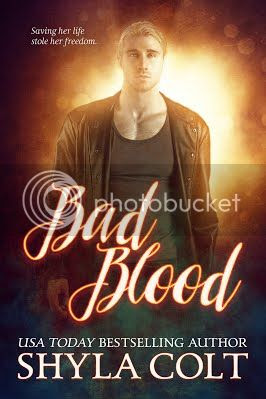 A reluctant knight.
A magical descendent.
A race against time.
A freak accident thrusts Nakeeta Alva into a dangerous world of secrets, ancient spells, and a legacy she never wanted. The last in a magical line, she’s tasked with restoring the balance to a supernatural world poised for ruin.
Tasked with the care of their savior, Crewe’s main focus is survival. Used to giving orders, the knight isn’t prepared for the sassy witch’s mouth or her lure. The powerful woman reminded him of his humanity and challenged his beliefs. Keeping her safe is his mission, but the real danger may be losing his heart.
Together, they will save the world … or die trying. 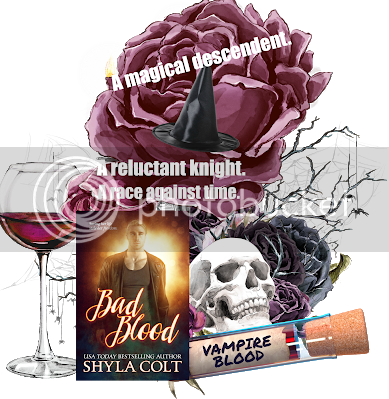 Interview with the Author

What is the hardest part of writing your books? I can tell you the hardest stage of my writing is in-between the rough draft and first edits. I always hit a point where I want to chuck the entire manuscript into the rubbish bin.

What songs are most played on your Ipod? High Hopes by Panic at the Disco, and Ride by 21 Pilots

What book are you reading now? Right now I’m reading Strange the Dreamer by Lani Taylor.

How did you start your writing career? I’ve always written, but it wasn’t until my thirtieth birthday came around, that I found the courage, to put myself out there and submit a story. It was accepted, and the rest is history.

Tell us about your next release. Bad blood is a fast-paced urban fantasy that centers around Nakeeta Alva, a magical heir, whose life is turned upside down after a car accident. When she wakes in the hospital, she discovers a secret past. With the fate of the world as we know it is resting on her shoulders, she doesn’t have much room for a learning curve.
Teaming up with an ex-knight  turned vampire named Crewe, she’s thrust into an adventure she was ill prepared for.

Shyla Colt is the sassy USA Today Bestselling author of the popular series Kings of Chaos and Dueling Devils M.C. This genre-hoppers stories feature three of her favorite things: strong females, pop culture, and alternate routes to happy ever after. Listening to her Romani soul, she pens from the heart, allowing the dynamic characters, eccentric interests, and travels as a former flight attendant to take her down untraveled roads.
Born and raised in Cincinnati, Ohio, this mid-west girl is proud of her roots. She used her hometown and the surrounding areas as a backdrop for a number of books. So, if you're a Buckeye, keep an eye out for familiar places.

As a full-time writer, stay at home mother, and wife, there's never a dull moment in her household.
She weaves her tales in spare moments and the evenings with a cup of coffee or tea at her side and the characters in her head for company.