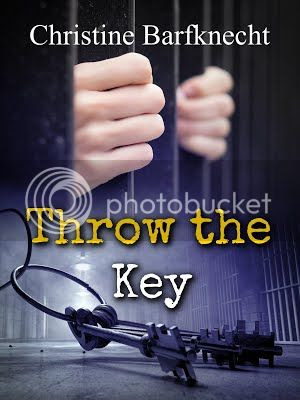 "Lock the doors and windows...don't talk to anyone...keep the kids with you."

Jenna Bradley knows she needs to be afraid, she just doesn't know what she should be afraid of. An evening phone call from her husband, Eric, rattles her to the core. "I'm coming to get you and the kids. We have to go away for a while."

No explanation, just a few orders laced in panic.

Jenna can only assume that as a reporter, Eric has exposed the wrong people. It’s only a guess. The distance between them grows every day, Eric living his life, Jenna living hers. She doesn’t know what he’s been working on any more than she knows where he went that morning. If only the gunmen holding her and her children hostage believed that.

Eric has the answers Jenna seeks, but when the engine of his private plane stalls over Lake Michigan, his desperation to get home and whisk his family to safety takes a back seat to a seemingly futile struggle to survive.

Federal inmate, Kurt McElroy has answers too, but heavy prison monitoring prevents him from sending a clear warning, not to mention getting the help he needs. The private prison he’s been contracted to is as corrupt as they come, but that corruption reaches beyond the prison walls to officials with everything to lose.

Jenna fears it's her family that will lose, namely their lives. The clock is ticking. The gunmen are growing restless. Can she find an escape before it's too late?

For me, the hardest part is overcoming self-doubt. Don't get me wrong - the writing process is hard. There is no getting around that. The main idea of each story comes pretty naturally to me, but from there it's a long process that includes a lot of thought, research, writing and rewriting. It often leaves me wondering why in the world I think writing is so fun - but I do!

By the end of the first draft, after the story has really started to come together, I often find myself excited about it, but as soon as I begin that second draft, self-doubt sets in. I worry that the idea is only thrilling to me and that no one else will like it. I fear that it's not original enough. I worry that readers will find it disappointing. I question whether I'm the person to write the story at all.

All these thoughts and fears get in the way of writing, creating the ultimate writers block. Until I can clear them and give myself a solid reason to keep at it, I remain stuck. It's a constant struggle, but publication has helped tremendously. It's affirming and incredibly humbling to know that people are reading my books, and the positive reviews certainly don't hurt. I just do the very best I can to give my readers what they want and so far, that has been enough.

This is constantly changing for me. I tend to think of a song I haven't heard in years or come across something new that grabs me, download it, and play it until I can no longer stand it or something else comes along to take its place. I do have to say that one song has stood the test of time (and many, many, many replays) and that is Bon Jovi's Livin' On a Prayer. It's not just the way it sounds, but the story it tells. Imagine that from an author!

When I first started writing seriously, I was lucky enough to land a critique partner who was more advanced than me. He took my hand and guided me through a full manuscript, which helped me to identify my weaknesses and learn how to overcome them. Several years later I worked with another critique partner and found it fun and helpful, but over time it seemed that just one person's opinion wasn't quite as valuable as it had previously been. My style and skills were developed and I felt I would benefit more from various opinions.

These days, all of the initial writing is done on my own (when I get stuck on a plot point I do reach out for ideas, though), but before I begin the final rounds of revisions I seek out feedback from trusted sources. I think that critique partners and beta readers can be valuable, but it's really a matter of identifying what you need in the varying stages of your writing career and seeking that out.
What book are you reading now?

I just finished A.J. Banner's After Nightfall and am beginning The Silent Sister by Shalini Boland. I'm a firm believer in reading what I write. Not only do I love it, but it keeps me in the right mindset and on top of what is happening in my genre.

The first thing I did was enroll in a writing class. I was so worried I wasn't good enough that I didn't dare appear anywhere in person, so I signed up for an online course. That really got the ball rolling for me and led to a solid writing schedule and eventually in-person classes, which gave me a lot of resources and the confidence to pursue what for me was the ultimate dream of authorship.

Gladly! The Man I Knew is scheduled to be released March 16, 2019. The book description is below, but ultimately it's the story of a woman learning to trust herself again after a terrible mistake.

I'm your lover and your best friend.
We share a life, but do you know who I am?

It's supposed to be a quick stop at the mall, a last minute errand. To Lia Drake, it doesn't feel right from the start. Maybe it's the eerie silence as closing time looms. Maybe it's the hooded stranger watching her every move. Or maybe she's just on edge after an emotionally draining day at her job with Child Protective Services.

But within minutes, gunfire peppers the hallways, sending Lia and her husband, John, cowering in a storeroom. Hiding does little good. Footsteps near. Gunshots explode. John's lifeless body pins Lia to the floor.

Overwhelmed with grief, Lia assumes it's another random act of violence until police suggest that John had been their target. It doesn't make sense. John is easy going, funny, and genuinely kind-hearted. She can't think of anyone who doesn't like him, yet alone someone who would to see him dead.

But Lia has demons in her closet that could be to blame.

A quest for answers reveals more than Lia bargained for. Every new detail exposes a suspect with motive to kill. Worse, those details paint an unrecognizable picture of John, revealing a side to him she knew nothing about.

Lia's desperation lands her in a race for time with John's increasingly restless killer. It could be a complete stranger, or someone she trusts. She must figure it out before she becomes their next victim. 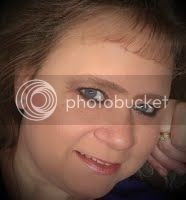 Christine Barfknecht has a passion or weaving the darkest bits of the human psyche into page-turning fiction. She is the author of Apple of My Eye and the upcoming The Man I Knew. She lives in rural Wisconsin with her husband, children, and pets.