In this city, holo ads lumber like neon giants seeking advertising targets. Men and women pop Oracle tabs in search of relief or enlightenment or both. Creatures of unknown origin stalk the darkest alleys. In the center of it all, NexDev Tower looms over the city, home to hundreds of floors of top-secret research.

And in its shadow, Shan Hayes kills people for money.

Rejecting the mechanical enhancements so popular in DevTown, Shan needs only two things: The resynth serum that can reshape her body's entire cellular structure, and her hand-cannon containing a sentient parasite capable of converting her blood into weaponized wasps.

As a hired gun for various crime syndicates, there's little of the city's underbelly Shan hasn't encountered. But when a longtime business associate hires her to track down an underling who's vanished into the neon night, Shan finds DevTown still holds secrets more deadly and terrifying than anything she could imagine.

The second act is my nemesis. The early planning stages are a blast, because you’re just throwing ideas out there and chasing all the paths that feel good. Writing the first act has all the exhilaration of a new adventure. Writing the end is where you get to do all the crazy stuff you’ve been building up to throughout the book. I even enjoy editing, because that’s when the book starts looking better and better. But it’s usually about two or three scenes into the second act where I start hating my book. That’s when all the flaws start popping out to me. It gets hard to ignore those and just get the book written so I can come back and polish out those flaws. Fortunately, I’ve done this enough that now I know the way I feel about my book during the second act is not how I’ll feel about it when I’m done.

I’m more of an album guy – I like hearing one artist’s vision for 10-12 songs in a row. So these most played songs will be representative of the albums I’m playing a lot.

Alex & Tokyo Rose – The Pact: Synthwave was the perfect soundtrack to write a dark cyberpunk story, and Alex & Tokyo Rose’s Akuma album was the one I kept coming back to.

CeCe Winans – Hey Devil!: CeCe Winans is gospel royalty, and a friend recently turned me on to her 2017 masterpiece of an album Let Them Fall in Love. Great vocals, powerful lyrics, and a cool bluesy gospel sound.

Jon Foreman – Side By Side: Known primarily for his work with the rock band Switchfoot, Jon Foreman has plenty of great work as a singer-songwriter, and his new album Departures is some of his best work yet.

Sarah Reeves – Motions: Man, I am a sucker for this kind of pop. Love Sarah’s voice, love her synth sounds and arrangements.

Andrew Ripp – Jericho: I work in Christian radio, which has developed a reputation for playing it super safe with music and keeping musical sounds inside pretty narrow boundaries. I could go on and on about my thoughts on that, but what I will say is that Andrew Ripp is one of the artists that have shown up in the past few years that—at least to me—represent a fresh injection of creativity and growth of the format. First of all, he’s an indie artist who’s spent multiple weeks at the top of several airplay charts, but also his song is so stinkin’ good.

My wife is always great about letting me bounce ideas off of her and occasionally suggesting plot points. We also have a really active writing community here in the Des Moines area that has helped by evaluating portions of my work, or even reading books start to finish.

I usually don’t have this many going at once, but I’ve got 3 going right now:

David Mogo, Godhunter by Suyi Davies Okungbowa. I’m almost halfway through with this one, and the story keeps getting bigger and bigger. It’s about a demigod in modern-day Lagos who takes a job from the wrong wizard and sets all kinds of craziness in motion. Even that barely captures it.

The Humor of Christ: A Bold Challenge to the Traditional Stereotype of a Somber, Gloomy Christ by Elton Trueblood. I’ve been fascinated by the use of humor in the Bible lately, and this is my latest bit of research. I’ve only just started it, but I’m very intrigued.

Dear White Christian: What Every White Christian Needs to Know About How Black Christians See, Think, & Experience Racism in America by Aaron J Layton. The past few years have made it more and more clear there are tons of people who experience this country in a radically different way from the way I do. This has been another chapter of trying to better understand the difference and how I can be part of the solution.

I started writing the book that ended up being my debut in the indie publishing world almost 10 years ago. I’ve always liked stories, and I had an English teacher in high school who really encouraged me to write and hone my craft. Eventually, I just decided I was going to give myself permission to take a while and write a full book piece by piece. By the time I finished it and published it, I was hooked.

Dogs of DevTown draws a lot of inspiration from books like Neuromancer and Snow Crash, and movies like Blade Runner and Ghost in the Shell. It’s mostly cyberpunk, with elements of horror and biopunk tossed in for good measure. The story follows a killer for hire who bites off more than she can chew when she takes a job to hunt down a missing mid-level member of a crime syndicate. She learns there’s always a darker side to the city if you look hard enough, and gets swept up in something much bigger than a squabble between crime syndicates. I feel like the result is fun, weird, and occasionally thrilling…and hopefully you’ll feel the same! 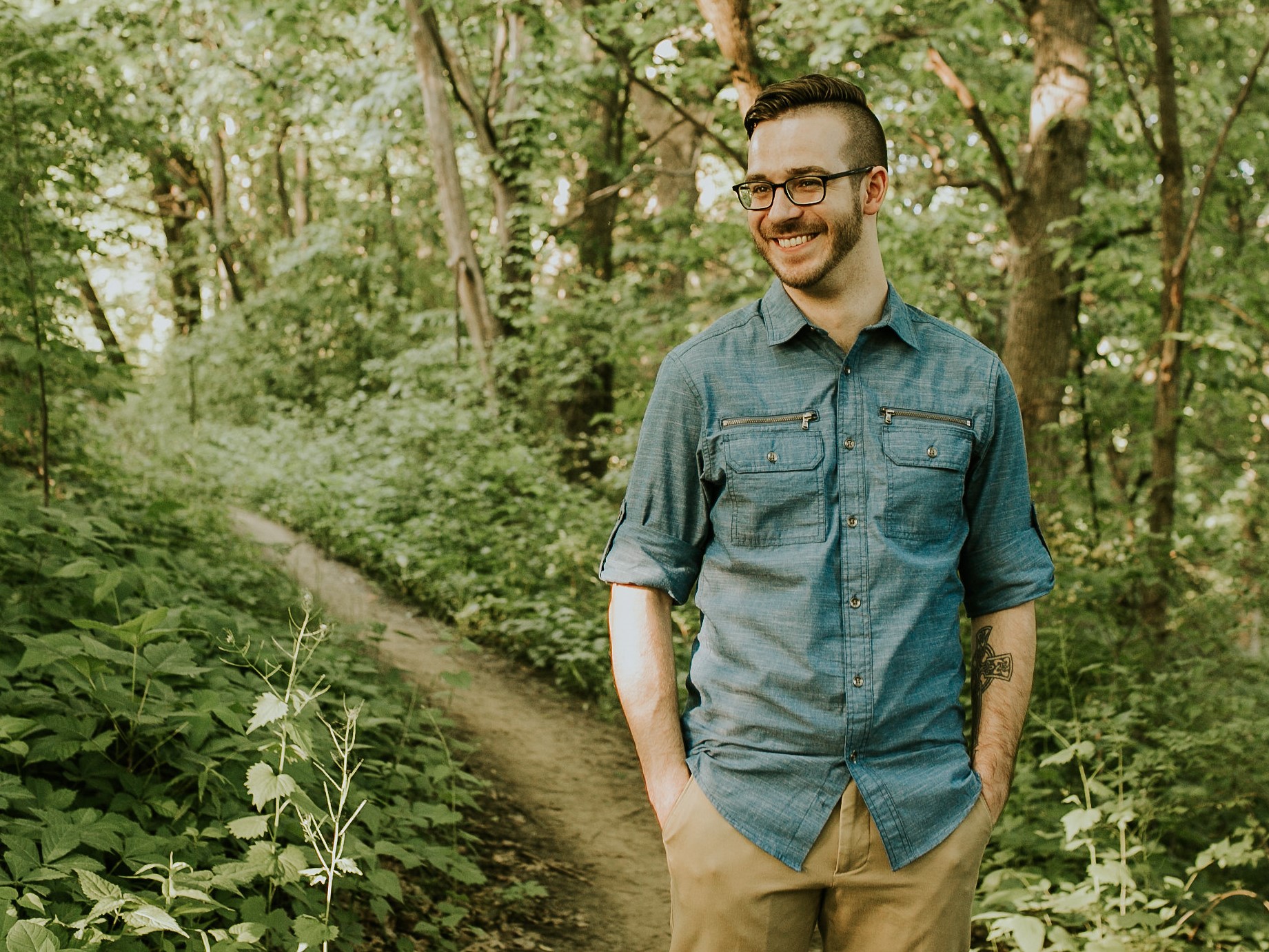 Taylor Hohulin is a radio personality by morning, a science fiction author by afternoon, and asleep by 9:30. He is the author of The Marian Trilogy, Tar, Your Best Apocalypse Now, and other genre-bending stories. He lives in West Des Moines, Iowa with his wife, where they are owned by two cats and a dog.