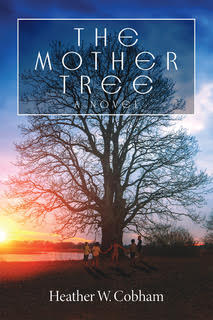 The water that surrounds Oriental, N.C. a5racts people who need to heal. In Heather Cobham’s debut novel, Hungry Mother Creek, Maya Sommers landed in Oriental reeling from the trauma of Hurricane Katrina and the death of her husband. Now, Sloan Bostwick, a successful realtor from Raleigh, returns there in hopes of regaining the peace she experienced during the summers with her grandparents. Sloan purchases the oldest home in the county with plans to create a retreat center. Unbeknownst to Sloan, part of her property contains the Mother Tree, a live oak, where for over a hundred years, women have gathered. It was here, with the help of her women’s circle, that Maya recovered from her husband’s death.

Maya and Sloan’s lives intersect over the fate of the Mother Tree when the women’s circle rallies the community to protect the sacred tree. Travis, the handsome kayak guide Maya had a brief affair with, joins their efforts and Maya’s feelings for him are reignited. Will Travis fill the sense of yearning she’s had the past few months? What’s standing between her and true happiness? Meanwhile Sloan must admit that wounds from her childhood are still festering, waking her every night and distracting her from the retreat center.

Though Maya and Sloan clash over the fate of the Mother Tree, they have more in common than they realize. Join them on the banks of the Neuse River as the wisdom of women, past and present, helps Maya and Sloan transform their suffering into resilience. 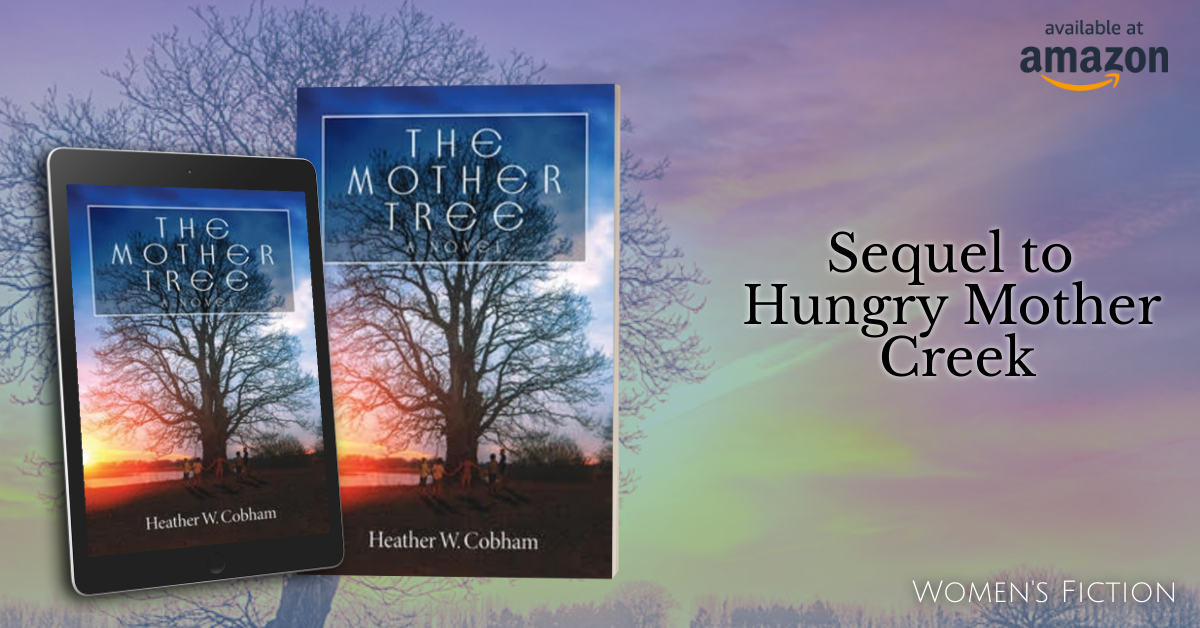 At 3:20 Sloan woke by instinct. Except for the rise and fall of her chest and the rapid motion of her eyes as they scanned the dark room, she lay perfectly still. Had someone come in? She lifted her head a few inches off the pillow and listened. The familiar sounds of the window air conditioner and Peter’s heavy breathing reoriented her. She’d had another nightmare. She put her head back on the pillow and took some deep breaths.

Would she ever stop waking before dawn? Sloan had hoped her move to the quiet sailing town of Oriental, North Carolina and a new house on the Neuse river would change this pattern but it hadn’t. She closed her eyes but sleep wouldn’t come. Worries clambered over each other to get her attention and for the past ten years Deidre always landed at the top of the pile. If she’d been a better Mother, would Deidre have become an addict? Like a gymnast performing a well practiced routine, Sloan ran through all the reasons she’d contributed to Deidre’s drug addiction. At least now she had something positive she could focus on; Deidre was alive, had finally agreed to get help, and Sloan was able to pay for it. This immediately spiked her next worry. Where would she get the money to renovate her new home into a retreat center? She’d had it set aside but now it was paying for Deidre’s rehab.

The whole purpose of moving to Oriental was to create a retreat center for businesses and other groups, and without it she’d have no income. Peter’d reduced his teaching load at North Carolina State in Raleigh to spend more time painting here, and was counting on her to pay half the mortgage. Had she made a mistake giving up her real estate business in Raleigh? Would she lose everything she’d worked so hard for? Could a bi-racial woman even create a successful business in rural North Carolina?

Sloan turned on her side, away from Peter and tried to relax. If you looked at the numbers, it hadn't made sense to buy Magnolia Bend and come to Oriental but she’d used numbers all her life to make decisions. This strategy had given her financial security in exchange for the time she could have spent with Deidre and her older brother, Anthony. Now in her 50th year and with encouragement from Peter, she’d made a decision based on feelings, not numbers; the peace she felt being by the water here in Pamlico County and the connection she felt to this area, where she’d spent childhood summers with her mother’s family.

……. Sloan slid her long legs out from under the sheets and walked to the closet for her silk robe. She moved carefully across the bedroom and out to the hall. She and Peter had moved into Magnolia Bend at the beginning of May and in the 3 weeks since then, she’d stubbed her toes and bumped her head too many times to count. The house was built in the early 1800’s when people were smaller and it would take a while for her almost six foot frame to adapt.

Sloan rested her right hand on the banister and gracefully moved down the staircase with her white bathrobe trailing behind her. The years of ballet lessons had infused her body with grace and balance. These qualities combined with her stature gave her a strong physical presence. Sloan was aware of this and used it to her advantage in her Wake County real estate practice.

Being a biracial woman automatically put Sloan in the minority in a roomful of corporate realtors and businessmen, but her confidence and ability to look the white men in the eye helped equalize the power differential somewhat. Sloan didn’t miss that part of her real estate job. The negotiations were exhausting, being twice as prepared as anyone else, monitoring eye contact and body language for prejudice and censoring her speech to avoid the slang she’d picked up as a teenager from her cousins.

In the kitchen, Sloan removed a bottle of water from the fridge to take outside. She paused with her hand on the french doors that led to the patio. She saw herself on the other side, peeking into the kitchen through this exact door 40 years ago. Magnolia Bend was just down the road from GG’s home and several times each summer she would explore the abandoned property, looking into every window she could reach. The home was in disrepair then, with plaster coating the floors like snow, and vines growing in through the cracks.

GG had told her there were chains and shackles in the basement left from when this had been a plantation, so she’d crawled along the foundation until finally she found a small window. On her hands and knees she looked in and saw four sets of shackles bolted to the wall. She immediately wished she could un-see it. It was more then her 10-year-old mind could comprehend and she threw up in the boxwoods, overcome with anger at what half of her ancestors had endured and shame at what the other half had inflicted. That was the last time she’d been here until she came with the realtor back in March.

Sloan realized she was shaking and sat down at the kitchen table. She hadn’t shared this memory with Peter or her realtor, but knew it had influenced her decision to buy Magnolia Bend. She couldn’t erase the past but now had the opportunity to write a new chapter in the history of Magnolia Bend. It would become a sanctuary, a place to restore and create rather than to suffer.

Heather W. Cobham is the author of the duology, Hungry Mother Creek and The Mother Tree. She is a licensed clinical social worker and has her own counseling practice in New Bern North Carolina. The strength and resilience of her clients, provides inspiration for the protagonists in her books. Heather lives by the water in Oriental, N.C. and maintains her own health and balance by spending time with her husband, running, paddle boarding, yoga and reading.

Posted by EverLeigh at 8:04 AM