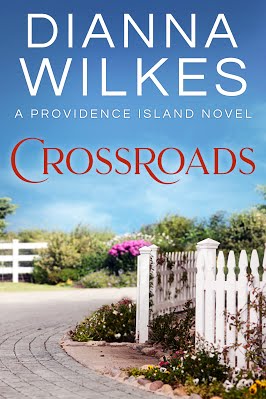 He's tired of running. She's looking for an escape. Can they find a home together?

Joshua Canfield spent the last year hiding from killers. He’s done things he can never confess, especially not to the loved ones he was protecting. All he wants now is to reunite with his family and live a peaceful life.

Lila Grainger has one goal in life. To earn enough money to leave Providence Island and a family with no regard for the law far behind. She never expected to meet someone like Joshua. He’s the finest man she’s ever known, and he sees her as a woman, not as a Grainger. But she can’t expect him to leave his family to follow her.

Neither of them knows that a new threat lingers on Providence Island. One that puts Lila in danger and could expose Joshua’s past.

What is the hardest part of writing your books?
I write in multiple Points of View which can be challenging to ensure each character’s voice is unique. Another challenge is keeping details about the setting and characters consistent throughout the series.

I don’t listen to music often unless I’m driving alone on a road trip, and the selection usually is from the 70s-90s. As for writing, I’m one of those writers who needs quiet while I’m working.

I have several critique partners including sci-fi author Lea Kirk. Many years ago, or as Lea termed it “dial-up days” on AOL, we formed a critique group along with Dena, another member. The group went idle as life took us in other directions. Lea spurred us back into action a couple years ago.

My first memory of writing was as a child (age 8-9). If a TV show ended with scenes from the next episode, my sister and I would write stories based on those scenes. Ours never came close to the actual story, but it was the foundation for finding inspiration and crafting my own stories and meeting those all important deadlines. I was a journalism major in high school and college but decided that wasn’t the ultimate path I wanted.

At the point when my critique group formed, the book market was open for Indie Authors and now I’m fortunate to be doing what I love – Writing!

Crossroads is book 4 in the Providence Island series and came out in October 2020. The first three books were written as a trilogy, each having a romance set against the mystery of Dana Canfield’s past. At the end of South Point, book 3, there were stories left to be told for the characters who’d played important parts in the previous books. Crossroads, picks up with Joshua Canfield’s story and a new mystery. It ties up several open threads from the previous books and opens up one or two new ones for the next book. 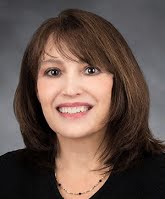 Reading has always been an important part of her life. "I learned to read when I was four years old. Writing my own stories seemed a natural progression."

Dianna holds a B.A.in Visual Communication and a M.Ed.in Instructional Technology. She worked as an Education Consultant for a medical technology company before leaving the corporate world. Despite all that nerdy stuff, she loves creating stories of romance and mystery with touches of humor.

When she isn't writing, Dianna is deep in researching various branches and twigs on her family tree or fulfilling entries on her travel bucket list.